Hadoop is a method for distributed computing and storage. For a long-time, companies stored information on servers in big databases. Basically, if you’ve some row and column-based data, this works for you really well. However, in the last few years, certain companies wanted more data. 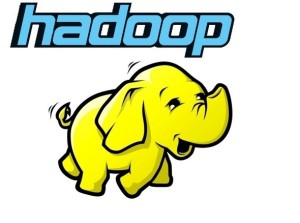 And this is where traditional storage structures typically don’t work. A single database with billions of records is going to be so large that, if it works, it’s going to be slow.

To overcome above situation Hadoop came into picture for processing large volume of data through distributed storage and distributed processing enviornment.

Hadoop is an open-source software framework for storing data and running applications on clusters of commodity hardware. It provides massive storage for any kind of data, enormous processing power and the ability to handle virtually limitless concurrent tasks or jobs.

Basically Hadoop was created by Doug Cutting and Mike Cafarella in 2005. Cutting, who was working at Yahoo! at the time, named it after his son’s toy elephant. It was originally developed to support distribution for the Nutch search engine project.