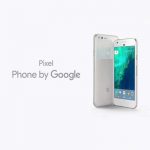 After long waiting finally Google launched new Pixel phones in San Francisco event. Google pixel phones come into two variant Google Pixel and Google Pixel XL, Pixel phone price starts at Rs. 57,000 for the 32GB variant, and the Pixel XL will set you back by Rs. 67,000 for the 32GB variant.
Read More
Sometimes you want to limit how your photos are shared. So Google+ released new locking feature. You can lock an album from two places — your Photos page, or album posts in the Stream — and when you do a few things happen: – Viewers won’t be able to +mention new people
Read More
Today new version of google chrome 11 released and added new exciting features, the ability to ‘talk’ directly to websites with the addition of support for the HTML5 speech input API. Josh Estelle written on google chrome blog: “Today, we’re excited to make a nifty feature widely available in today’s new Chrome
Read More
After years of bleeding money, Google finally said that YouTube was very close to profitability. Of course, that was a year and a half ago and, while Google has been singing the same tune since, it hasn’t actually said if the video site is profitable or not or how much it’s bringing
Read More
Today google added a new notification to google search results that helps people know when a site may have been hacked. We’ve provided notices for malware for years, which also involve a separate warning page. Now we’re expanding the search results notifications to help people avoid sites that may have been compromised
Read More
Google’s whole philosophy stays on building big things by one baby step at a time. So the latest new feature to be introduced in Gmail may not be the biggest, but it all adds up. And for the ones that will have to use it, the new contact recover feature could prove
Read More