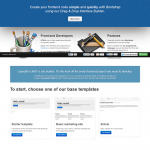 LayoutIt helps you to create your frontend code simple and quickly with Bootstrap using our Drag & Drop Interface Builder. HTML5 code of high quality generated with it’s interface builder. Based in the elements and components of Bootstrap, a robust front-end make code easier without needing to be an expert in javascript,
Read More

IM-Creator is a new way to create your website: choose a design, insert your content and publish it to the world – all in one simple, clear and seamless process. IM-Creator is all about making website building a simple and enjoyable experience, accessible for everyone. Our team of web-design professionals and developers
Read More 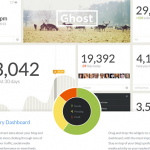 Ghost is an Open Source application which allows you to write and publish your own blog, giving you the tools to make it easy and even (gasp) fun to do. It’s simple, elegant, and designed so that you can spend less time messing with making your blog work – and more time
Read More

How many times have you been writing an email and had to reference something in another message? Saving a draft, opening the old email, and then reopening your draft wastes valuable minutes. The new compose pops up in a window, just like chats (only larger). The new compose dialog looks and feels
Read More

ScreenCamera, The software that transforms the PC desktop into a webcam for FREE. PCWinSoft bringing you excellent news: The company is giving away free copies of ScreenCamera, the virtual camera desktop and webcam recorder software solution. ScreenCamera is one of the coolest gadgets out there. You are used to communicate in video
Read More

Mozilla is making it official announcement that the Facebook Messenger experiment is live for Firefox Beta users. The app had been available over the weekend and Firefox Beta and Firefox Aurora users could have started using it already, but Mozilla only now announced it. According to Mozilla announcement “For the last few
Read More

The Pirate Bay and other large BitTorrent sites are now being blocked by Internet providers in India. Visitors who try to access the sites are redirected to a banner which informs them that the Department of Telecommunications ordered a blackout. Torrent sites are not the only target, as the blockade also censors
Read More

Wikipedia representatives warn users that If you’re seeing ads on Wikipedia, your computer is probably infected with malware. “We never run ads on Wikipedia. Wikipedia is funded by more than a million donors, who give an average donation of less than 30 dollars. We run fundraising appeals, usually at the end of
Read More