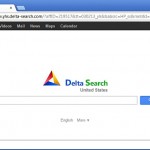 Delta search is a browser plug-in, toolbar and extension for most popular web browser, such as Internet Explorer, Google Chrome and Mozilla Firefox to promote their search engines or other services as well as display ads. It copies Google Style search to provide web, images and videos search. But before that, it
Read More

Browser hijacking is a potentially serious security issue. If a hijacking program has taken hold of your browser, any personal or sensitive information stored within it is seriously at risk. Browser hijackers also often make it impossible for you to use your browser normally, and can open up your computer to a
Read More
Firefox is just launched new desktop version of Firefox for windows, Mac, Android and Linux. Here is some awsome features provided by Mozilla 8. Built-in twitter search The new version of Firefox adds Twitter as a search option. Twitter is now included as a search option in Firefox. Twitter search in Firefox
Read More
Mozilla has just launched Firefox 6 with some new features, better performance and fixed bugs. Actually pre-release build of Firefox 6 was made available last week. Firefox 6 is coming with new developer tool called “Scratchpad tool” which makes it simple to quickly enter, execute, test and refine JavaScript snippets in Firefox
Read More
Today’s new stable version of Google Chrome 12 launched. This Google Chrome 12 brings improvements in security, privacy, and graphics to Chrome’s 160 million users. On the security and privacy front, Chrome 12 comes with enhanced Safe Browsing and support for Flash local shared objects control integration.In addition to protecting you from
Read More
Mozilla is finally launched Firefox 4.0 without any official announcement. There’s still no official announcement, but you can check out air.mozilla.com to watch the live video stream of the launch event and even ask the team questions about Firefox 4.0 live. And without any offically announcement Firefox 4.0 has already gone past
Read More