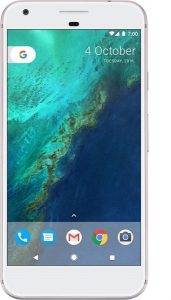 Google Pixel and Pixel XL are the first Google smartphones, have now been announced in San Francisco event. Google is bringing these phones to India as well during the launch phase and the pre-orders start from October 13. The two phones are identical except or the screen size and resolution, apart from the battery capacity, and both are powered by a Qualcomm Snapdragon 821 processor with 4GB of RAM. They come with the same 8-megapixel front camera, and 12.3-megapixel rear camera, and in many ways live up to the premium pricing. You can see the full specifications of the Google Pixel and Google Pixel XL.

Both phones are made by Google and don’t have any other OEM’s branding. Google Pixel devices run the Android Nougat 7.1 update and have some exclusive features which you won’t get on any other Android phone.

It offers a terrific photography experience: – Google Pixel has the best camera ever seen in a smartphone before with a very high score of 89. This is a 12.3Mp camera with an f/2.0 aperture and large 1.55um pixels. It uses intelligent software algorithms to enhance photography beyond what can be achieved with hardware alone, with Smartburst, HDR+ by default with zero shutter lag and video stabilisation.

Pixel is built from the ground up for virtual reality: – Google Pixel is the first phone to be Daydream VR-ready, which means it has all the required specifications for the best mobile VR experience. Find out more about Daydream in our separate article on Google’s new VR tech.

Apart from these Google Pixel supports some google devices to brought excellent features. It supports for the Daydream View headset and Google’s new VR ecosystem. As of now, the headset will be certified for use only with the Google Pixel phones but Daydream is supposed to be a platform and phones with Android 7.1 Nougat will also support the use of Daydream View headsets and have access to the Daydream VR platform.