The headline pretty much reveals the brunt of it, but indeed, it looks like next week Google is going to start talking about how its Chrome operating system is coming along. Multiple sources have told us that Google will be holding some sort of event on Tuesday, December 7th — we’re not sure if it’ll be a live event, a webcast, or something else entirely — and that the shindig will see the launch of that Google-branded Chrome OS netbook we’ve been hearing about. Again, we’ve heard that the Atom-powered laptop isn’t going to be a mass market device — there will only be around 65,000 units available to Google’s closest “friends and family” — and that the Cloud-based OS is still very much in a beta, non-consumer-friendly state. It’s a bit odd that we still haven’t received an invite to this planned event since it’s purportedly days away, not to mention it conflicts with the All Things D: Dive Into Mobile Event, but at the time of publishing this post we had yet to hear back from Google’s PR team with an official comment. 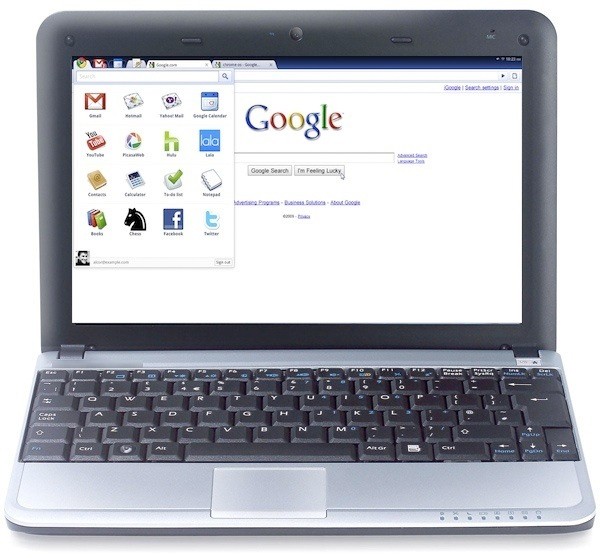 Of course, this all lines up with TechCrunch’s report that Google will be launching its Chrome Web / App Store very soon, as well as yesterday’s launch of Chrome 8, which supports those aforementioned Chrome apps. (Companies like TweetDeck have already started demoing their browser apps.) Don’t forget that those apps are going to be a large part of the OS, so it would make sense for Google to talk about ’em in tandem. The pieces sure do seem to be fitting together quite well, and while we still have lots of unanswered questions, we’re feeling confident that we’ll be getting some official answers on all this Chrome-ness very soon.