If you are new Linux user then you must know these basic linux commands as a beginers. There are lots of other commands, more sophisticated commands – which you will learn one day. But here i am going to start with some basic commands. 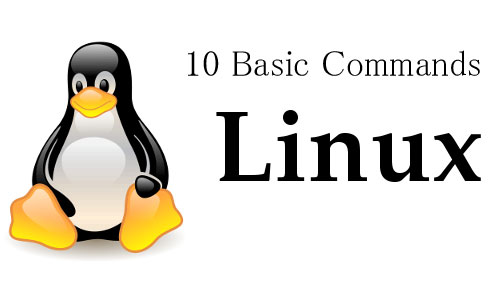 1- ls - List all directory and files
The ls command is used for viewing files, folders and directories. Usage
#ls /somedir
This command will show the user all of the folders stored in the overall somedir folder.

2- cd – Change directory
The ‘cd’ command should be used followed by the name of a directory including the full path to that directory. If you execute ‘cd’ without arguments the working directory will be switched to your ‘home directory’.
Usage:
# cd /path/to/directory_name/

To move one directory up, you can use the shortcut command:
# cd ..

3- cat – Shows the contents of files to the screen
Usage:
# cat file.txt
# Hello World
Also this command can be used to count the number of lines, words and characters in a file:

4- mv – Moves files and directories from one directory to another or renames a file or directory
Usage:
Move ‘file’ from ‘/root’ to ‘/tmp’ directory
# mv /root/file /tmp/

# passwd
If you execute just ‘passwd’ without specifying the username, you will change your root password.
Note: Never use passwords that are easily guessable, such as passwords based upon names, street addresses, dictionary words, significant dates, etc… A strong password consists of a combination of letters (both upper and lower case), numbers and special characters and it should be at least 8 characters long.

9- locate – Find a file
locate command is meant to find a file within the Linux OS. If you don’t know the name of a certain file or you aren’t sure where the file is saved and stored, the locate command comes in handy.
Usage
# locate -i *red*house**city*

The stated command will locate an file with the a file name containing “Red”, “House” and “City”. A note on the input: the use of “-i” tells the system to search for a file unspecific of capitalization (Linux functions in lower case). The use of the asterik “*” signifies searching for a wildcard. A wildcard tells the system to pull any and all files containing the search criteria.

By specifying -i with wildcards, the locate CLI command will pull back all files containing your search criteria effectivley casting the widest search net the system will allow.